The Law Offices of Elliot Green

The NYC Administration for Children Services (ACS) is the division charged with children’s welfare, juvenile justice and education in New York. It is responsible for protecting and promoting the well-being of children and families throughout the state, including placing children in loving foster care homes and ensuring children are grow up free from abuse and neglect. Needless to say, the future of many of NYC’s children lies in the hands of the ACS. Unfortunately, that future isn’t always bright.

For years, the ACS has been criticized for its inability to prevent child abuse and negligence-related tragedies. The agency that is charged with protecting New York’s children has been accused of failing to address the needs of those children, failing to thoroughly investigate reports of endangerment and violence, as well as failing to follow up with prior abuse cases. Communication between the ACS and the New York Police Department (NYPD) is poor, preventing police from making child abuse arrests from lack of ACS evidence or from the sheer fact the department has no idea whether a specific home has been investigated for child mistreatment.

At the same time, the NYC ACS has been known to investigate cases of potential abuse and neglect that were false. As a result, the agency has taken countless children away from their parents, only to place them in truly despicable living situations with foster parents that may beat, sexually abuse and starve them. Thousands of children have already suffered abusive treatment, and many have even died following mistreatment. These tragedies must come to an end. If the ACS has attempted or succeeded at terminating your parental rights, or if your child or a child in your family has suffered abuse under the care of the ACS, it’s time to seek legal help.

The Law Offices of Elliot Green  have represented countless families in Brooklyn, Queens and Staten Island, NY who have been adversely affected by the ACS and its failure to protect children under its care. As an experienced ACS lawyer and family man himself, Mr. Green does not tolerate child mistreatment. With fervent passion for the rights of parents and the rights of children to be kept safe from harm, Mr. Green has helped hundreds of families obtain justice for the agency’s wrongdoings and will help you obtain justice following the abuse, injury or death of a child in your family. 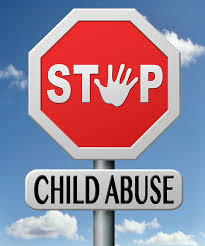 Turn to the Law Offices of Elliot Green today for assistance with any of the following ACS-related matters:

We strive to protect children from abuse and from subjection to mistreatment. Let us help you and your family obtain justice today.

The Truth About the NYC ACS

There’s nothing more frightening for a parent than having their child taken from them – especially if the action is without merit. Unfortunately, the ACS has baselessly accused parents of harming their children without sufficient evidence in thousands of cases. What’s worse, several children have suffered severe abuse and violent treatment while under the care of the ACS, and many of their cases have never even seen the light of day.

In the past year alone, the ACS handled 60,998 abuse calls to the state hotline. If that figure seems appalling, the statistics regarding ACS negligence are much more grim.

In the past five years:

New York already has one of the highest crime rates in the nation, so how can an agency responsible for the safety and well-being of children allow such horrific incidents to ensue? Whether you had your child taken from you or have had a child in your family suffer injuries or even death due to ACS negligence, it’s important to retain the help of an experienced Administration for Children Services attorney who knows these statistics inside and out and who will not rest until the ACS is held responsible for their actions.

Elliot Green has dedicated his life to serving and protecting families in New York. Upon graduating from law school, Mr. Green immediately began prosecuted child abuse and negligence cases for the ACS, so he knows how the agency works and how to defend your rights. He has conducted over three hundred trials and hearings in Family Court and will represent you with the integrity and diligence of an attorney, and with the passion and empathy of a father.

Protecting the Rights of Families and Children in NYC

The ACS has failed to properly investigate and follow through with hundreds of child abuse and neglect cases, despite the fact that reports of previous violence or harm have been made. For whatever reasons may be, case workers have often lied on their reports, have failed to investigate reports of abuse, have placed children in dangerous foster homes, and have refused to contact police to report severe cases of child endangerment.  Statistics already show that as a result of ACS negligence in properly investigating and handling cases, 44 children were killed in the past five years, and thousands of others were injured or put on the brink of death – not to mention the severe mental and emotional trauma they have been subjected to.

Whether you have had your child taken from you by the ACS unwillingly, placed a child up for adoption with the ACS in good faith, only to have that child be placed in an abusive home, or have had a child in your family suffer harm while in the ACS’s care, contact the Law Offices of Elliot Green today to schedule a consultation. Mr. Green has successfully represented hundreds of families in Brooklyn, Queens and Staten Island with NYC ACS  cases and will do everything possible to help you and your child obtain the justice you deserve. Call us today to get started on your case right away.

Given the ongoing COVID-19 emergency, New York City has seen court closures, the increased reliance on remote court services, court delays, and rescheduling. If you are planning to file for divorce in Brooklyn, New York, you … END_OF_DOCUMENT_TOKEN_TO_BE_REPLACED

The Elliot Green Law Offices is a Brooklyn, New York law firm that may be able to help you with your Turkish divorce. Are you living in Brooklyn, but were originally married in Turkey and have questions about how you might … END_OF_DOCUMENT_TOKEN_TO_BE_REPLACED

The World Health Organization has declared the coronavirus a pandemic. As cases surge in the New York region and in New York City, officials are just beginning to take tough steps to attempt to contain the virus. As some … END_OF_DOCUMENT_TOKEN_TO_BE_REPLACED