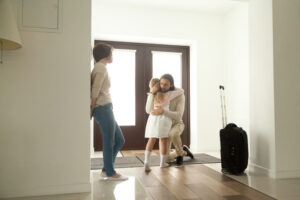 When it comes time to draft a parenting plan outlining parenting time and decision-making during a Brooklyn, New York divorce, parents will often encounter the concept of the “best interest of the child.” The best interest of the child standard is not a fixed concept, but rather a set of guidelines the courts are instructed to use when parents cannot reach a decision about where children will reside, how parenting time will be split, and how decision making for the children will be made. As a general rule, it is usually in your best interests to resolve your child custody questions outside of court with the assistance of the family lawyers at the Elliot Green Law Offices. The child custody attorneys at the Elliot Green Law Offices can work with you to help you make decisions outside of court. Taking a child custody battle to court can be risky because what a judge might believe is in the best interests of your child might not be what you believe is in the best interests of your child. Sometimes parents find themselves having to accept decisions neither parent wants. Changing a parenting plan after a judge approves it can also be very difficult unless circumstances have significantly changed.

Parents who can resolve their custody disputes outside of court or through mediation have the most say in how their parenting plan will look. However, there are cases where parents may need to take a custody dispute to court. If your spouse was violent or abusive, sometimes a child custody battle must be taken to court. When a judge looks at a child custody dispute, he or she will use the best interest of the child standard to make decisions about where the child will live, how visitation will be arranged, and how decision making will go.

Best Interest of the Child: Factors a Judge Can Consider

When making child custody decisions, a judge will look at several factors. Each judge may weight each factor differently. According to the New York State Unified Court System, there is no single standard a judge will consider when making child custody decisions. Because there is no single standard definition for the best interest of the child, in certain cases it can be difficult for your divorce lawyer to predict the outcome of taking your child custody battle to court. However, based on these factors, parents can prepare a stronger case so that they can meet their goals. Here are some things a judge might ask or consider.

These are some factors the courts will consider in a child custody case. Fortunately, many cases don’t go to court and most parents are able to resolve their custody disputes outside of court with the help of the child custody lawyer in Brooklyn, New York, at the Elliot Green Law Offices. However, if your child custody dispute looks like it will go to court, there are steps you can take to make the strongest possible case for child custody. For example, establishing that you have been the child’s primary caregiver, showing that you can provide a stable and healthy home environment, and documenting all of this can be incredibly helpful in a child custody battle. If you are facing a child custody battle, contact the Elliot Green Law Offices, child custody lawyers in Brooklyn, New York today. Our firm may be able to help you gather documentation and build the strongest possible case to help you maintain custody of your children.

Given the ongoing COVID-19 emergency, New York City has seen court closures, the increased reliance on remote court services, court delays, and rescheduling. If you are planning to file for divorce in Brooklyn, New York, you … END_OF_DOCUMENT_TOKEN_TO_BE_REPLACED

The Elliot Green Law Offices is a Brooklyn, New York law firm that may be able to help you with your Turkish divorce. Are you living in Brooklyn, but were originally married in Turkey and have questions about how you might … END_OF_DOCUMENT_TOKEN_TO_BE_REPLACED

The World Health Organization has declared the coronavirus a pandemic. As cases surge in the New York region and in New York City, officials are just beginning to take tough steps to attempt to contain the virus. As some … END_OF_DOCUMENT_TOKEN_TO_BE_REPLACED