If you are going through a divorce that involves a custody dispute, then you know that the process of winning custody rights can be complex. Ultimately, the courts will award custody based on the child’s best interests. As a result, parents who have a history of domestic violence may have trouble securing custody. 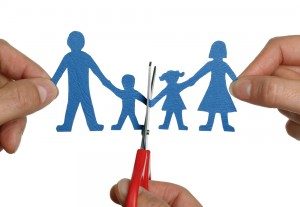 If you are in this situation, then you probably have lots of questions about your particular case. At Elliot Green Law Offices, we can answer any questions you have about New York child custody laws.

Elliot Green is a Staten Island divorce attorney who always puts his clients first. He can help you avoid mistakes that may compromise your interests during the child custody process. Call 718-260-8668 to schedule an appointment.

In the meantime, read on to learn how New York courts handle custody and visitation rights if a parent has a history of domestic violence:

Parents who were convicted of a domestic violence offense may still be eligible for visitation rights or custody of the child. According to WomensLaw.org, the judge will attempt to determine what is in the best interests of the child, and having a history of domestic violence doesn’t necessarily remove a parent from the conversation.

Judges will generally attempt to develop a custody arrangement in which the children can have access to both parents on a regular basis. The judge may place a limit on how much time the child will spend with either parent.

According to New York Courts, the judge must consider the implications of a domestic violence conviction when making a custody ruling. He or she must evaluate the situation and determine if the effect of the domestic violence goes against the best interests of the child.

It is important to note that a judge must not place the child in a custody situation that exposes him or her to potential harm. However, because the courts will consider all factors in the custody process, it is possible that a parent who was found guilty of domestic violence will win custody.

According to WomensLaw.org, if you believe that the other parent has abused your child or you fear for your child’s safety, then you can request a supervised visitation system.

If you are already involved in a child custody court case and you fear for your child’s safety, then your lawyer may suggest that you request supervised visitations. It is important to consult an experienced child custody attorney throughout this process. Your lawyer can help you explain the reason behind the need for supervised visitations and determine how long these visits should last.

If you have questions or concerns about the child custody process, contact the Elliot Green Law Offices. Mr. Green will evaluate your situation and help you navigate the legal system. To schedule an appointment with a Queens family lawyer, call us today at 718-260-8668.

Given the ongoing COVID-19 emergency, New York City has seen court closures, the increased reliance on remote court services, court delays, and rescheduling. If you are planning to file for divorce in Brooklyn, New York, you … END_OF_DOCUMENT_TOKEN_TO_BE_REPLACED

The Elliot Green Law Offices is a Brooklyn, New York law firm that may be able to help you with your Turkish divorce. Are you living in Brooklyn, but were originally married in Turkey and have questions about how you might … END_OF_DOCUMENT_TOKEN_TO_BE_REPLACED

The World Health Organization has declared the coronavirus a pandemic. As cases surge in the New York region and in New York City, officials are just beginning to take tough steps to attempt to contain the virus. As some … END_OF_DOCUMENT_TOKEN_TO_BE_REPLACED