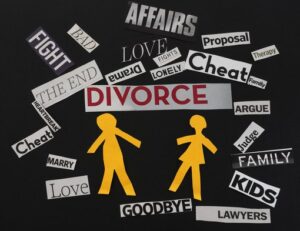 If you live in Brooklyn, New York and want to divorce a spouse who still lives in Cuba, if you have received divorce papers from a partner in Cuba, or if you are facing a custody battle involving where your children will live—the U.S. or Cuba—the Elliot Green Law Offices is a Cuban divorce law firm in Brooklyn, New York that may be able to help you. While the cases described above represent some of the most challenging types of international law divorce cases, sometimes Cuban couples living in Brooklyn may have questions about whether they meet New York’s residency requirements, or they may have child custody questions that involve travel to and from Cuba with the children. The Elliot Green Law Offices is a Brooklyn, New York Cuban divorce law firm that can potentially help you address some of the unique challenges you might be facing if you are getting divorced and are Cuban American, with close ties to Cuba.

Have questions about whether you meet residency requirements for New York state? Reach out to the Elliot Green Law Offices today. Our Cuban divorce lawyers in Brooklyn, New York can review your situation and help you move forward. 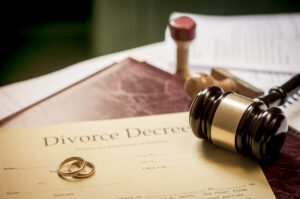 Unique child custody questions can emerge with a Cuban divorce. For example, if one parent wants to take the children back to Cuba, but the other parent doesn’t want this to happen, this can create a dispute. Sometimes disputes can arise even if both parents want to continue living in the U.S. What will happen if one parent wants to return to Cuba to visit with the children and the other doesn’t want this to happen because of political unrest in Cuba? Addressing these issues when you get divorced is important, because it can be more challenging to address these questions after your divorce.

If you believe that your child may be abducted to Cuba, the U.S. Department of State notes several steps parents can take. (1) Parents can obtain a court order to prevent the removal of the child from the jurisdiction where your divorce is taking place. (2) Parents can call the police if their child has been taken without their consent. (3) Parents can let airlines and port authorities know that their child has been taken. If your child is removed illegally, you may be able to take steps to have your child returned under the Sean and David Goldman International Child Abduction Prevention and Return Act.

Another issue that can arise is when one parent takes the children from the U.S. to Cuba without the other parent’s permission. This is known as “parental abduction.” If your children were taken to Cuba without your permission, you may need to take official legal steps to get your children back. It is important that you use official channels to have your children returned rather than trying to travel to Cuba by yourself to return your children, because this can get you embroiled in an even deeper custody dispute. The Elliot Green Law Offices is a Cuban divorce law firm in Brooklyn, New York that may be able to assist you if you are facing a child custody battle or have disputes about how to raise your children. You are not alone. We can help.

If you are a resident of Brooklyn, New York and want to file for divorce, the Elliot Green Law Offices is a Cuban divorce lawyer in Brooklyn, New York that may be able to help you. Our Cuban divorce law firm can review your situation, help you file paperwork, and help you manage some of the unique issues that can arise in an international divorce. We are here to help.

Given the ongoing COVID-19 emergency, New York City has seen court closures, the increased reliance on remote court services, court delays, and rescheduling. If you are planning to file for divorce in Brooklyn, New York, you … END_OF_DOCUMENT_TOKEN_TO_BE_REPLACED

The Elliot Green Law Offices is a Brooklyn, New York law firm that may be able to help you with your Turkish divorce. Are you living in Brooklyn, but were originally married in Turkey and have questions about how you might … END_OF_DOCUMENT_TOKEN_TO_BE_REPLACED

The World Health Organization has declared the coronavirus a pandemic. As cases surge in the New York region and in New York City, officials are just beginning to take tough steps to attempt to contain the virus. As some … END_OF_DOCUMENT_TOKEN_TO_BE_REPLACED