There are approximately 2 million marriages in the United States at present, according to research by the Centers for Disease Control and Prevention. This places the marriage rate at around 6.8 marriages per 1,000 total population. Of course, there are a significant number of divorces taking place each year. CDC predicts that the current United States divorce rate, according to 44 reporting states and Washington, D.C., is close to 3.6 per 1,000 population. 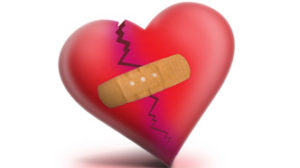 It is clear, therefore, that divorce is a reality many people face on a daily basis. However, when the process gets messy or when it features high-profile celebrities, divorce cases can make national headlines.

If you are currently going through divorce or you are looking for advice from a Queens divorce attorney, contact the Law Office of Elliot Green. We are a trusted and respected law firm that specializes in all family law matters, and we will listen to your concerns and advise you on the best way to proceed. If you are interested in talking to divorce lawyer Elliot Green, give us a call at 718-260-8668.

Shattuck retired as an NFL cheerleader at age 47 to raise her children but now faces charges of having an indecent sexual relationship with a 15-year-old boy. The boy, who she flirted with via Instagram, allegedly went to the same school as her own children. Mayo Shattuck, Molly’s millionaire husband, divorced her four months after the alleged incident.

Court records show Mayo Shattuck, who is the chairman of large oil company Exelon, filed for divorce days before police raided their home in search of evidence related to the allegations.

According to reports, a judge in Baltimore County sealed the divorce. The judge was not available for comment on the reason behind this decision, but speculation is that it is due to the pending criminal trial.

News Sentinel reports that Gordon Ball, who lost his bid for U.S. Senate, has filed for divorce from his wife of 10 months. Ball is a democrat who lost his challenge to incumbent U.S. Sen. Lamar Alexander by a significant margin, and he claims the campaign placed his marriage under significant stress. There was also a public dispute between the couple regarding a Florida home, but Ball refused to comment whether this was a reason for the divorce.

The divorce complaint cites irreconcilable differences and intolerable indignities as the grounds for divorce. This is Ball’s third marriage, according the complaint filed.

If you are considering divorcing your spouse and you are looking for a reliable and respected Brooklyn Island family lawyer, give Elliot Green at The Law Office of Elliot Green a call. We will work with you to help achieve the best possible outcome. Call us today at 718-260-8668 for a free 30-minute initial consultation.

Given the ongoing COVID-19 emergency, New York City has seen court closures, the increased reliance on remote court services, court delays, and rescheduling. If you are planning to file for divorce in Brooklyn, New York, you … END_OF_DOCUMENT_TOKEN_TO_BE_REPLACED

The Elliot Green Law Offices is a Brooklyn, New York law firm that may be able to help you with your Turkish divorce. Are you living in Brooklyn, but were originally married in Turkey and have questions about how you might … END_OF_DOCUMENT_TOKEN_TO_BE_REPLACED

The World Health Organization has declared the coronavirus a pandemic. As cases surge in the New York region and in New York City, officials are just beginning to take tough steps to attempt to contain the virus. As some … END_OF_DOCUMENT_TOKEN_TO_BE_REPLACED