BROOKLYN, New York. The New York Times has recently reported on how New York’s Administration for Children’s Services has systemically failed poor single parents. Rather than providing poor single parents with the assistance they often desperately need, the Administration for Children’s Services will sometimes take children away, putting them in foster care. In fact, where biological parents receive no assistance, a foster family can receive as much as $1,000 for each child. Many have begun to question why poor single parents are not offered this money before the situation becomes so dire that their children are taken away. 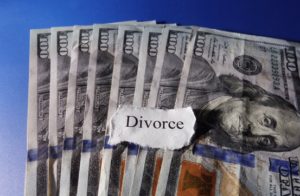 For single parents, the challenges are many. Not only do single parents often work two or more jobs, but they may also struggle to find adequate childcare. When children are left alone, or are found wandering the streets, the Administration for Children’s Services may become involved. Parents might be charged with neglect, when really, their true crime is poverty. Many consider this a civil rights issue because Hispanic and minority mothers are often the target. They disproportionately face losing custody of their children to the state.

These parents have never abused their children, yet the state treats them like child abusers. The state can charge a person with “parental neglect” for a range of issues from mental illness to poverty. While no one wants to see a child remain in a potentially harmful situation, the psychological and familial damage that can occur when a child is wrongfully placed in a foster home is immense. Children who spend even a short time in foster care tend to do worse in school and tend to experience more psychological stress. According to the New Yorker, instead of being more cautious before removing children from their homes, the state fast-tracked the adoption process for children who were removed. This means that parents who are wrongfully accused of abuse or neglect have less time to fight the courts to get their kids back.

Many critics of the current system claim that it chooses to remove children rather than address the real issue: poverty. Rather than providing single parents with more childcare, after school care options, work programs, access to better food, and health care, the system chooses to take custody of these children. Fighting a child custody case when the state wants to remove your children is challenging enough if you have resources. If you are poor or homeless or are struggling with mental health issues, getting your children back can be even more difficult.

If you are losing custody of your children, it can feel hopeless. It can feel like your family is under siege. There are not-for-profit legal programs available to help families, such as the Bronx Defenders. The child custody lawyers at the Elliot Green Law Offices in Brooklyn, New York see how difficult navigating the family law system can be. Our firm believes that no parent should wrongfully lose custody of his or her children. We fight for the best interests of the child. Contact us at https://www.elliotgreenlaw.com/ to learn more.

Given the ongoing COVID-19 emergency, New York City has seen court closures, the increased reliance on remote court services, court delays, and rescheduling. If you are planning to file for divorce in Brooklyn, New York, you … END_OF_DOCUMENT_TOKEN_TO_BE_REPLACED

The Elliot Green Law Offices is a Brooklyn, New York law firm that may be able to help you with your Turkish divorce. Are you living in Brooklyn, but were originally married in Turkey and have questions about how you might … END_OF_DOCUMENT_TOKEN_TO_BE_REPLACED

The World Health Organization has declared the coronavirus a pandemic. As cases surge in the New York region and in New York City, officials are just beginning to take tough steps to attempt to contain the virus. As some … END_OF_DOCUMENT_TOKEN_TO_BE_REPLACED