BROOKLYN, New York. According to a psychologist writing for the Atlantic, infidelity, for the betrayed carries with it all the symptoms of trauma. Those who have been betrayed might experience some of the markers of trauma, including hypervigilance, numbness, anger, panic, and obsessive thinking about the trauma. While the pain of betrayal is real and strong, psychologists believe it also has a great deal to teach us about our cultural ideas about marriage. In the past, marriage was an economic bond. Less attention was given to the emotional side of the union. Today, we want full partners. 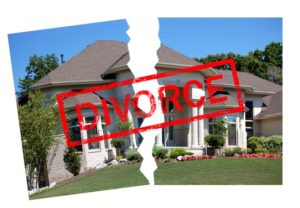 In fact, some psychologists claim that we want conflicting things from our partner, and this very fact can lead to marital problems. Not only do we want stability and predictability, but we also want our partners to be passionate, which involves some element of adventure and risk. Perhaps after an infidelity, rather than running off to get divorced, we might want to consider what led us to stray in the first place. At the end of the day, it might not be a problem with your marriage, but maybe a contradiction present in our society’s views about marriage in general.

One psychologist found, after many conversations with those who had affairs, that often affairs had nothing to do with the marriage or the person’s life partner, but rather with a desire for freedom, a desire to become another person, to be seen in a new light. While it can be difficult for the betrayed spouse to see the ways in which a partner may be trying to explore a new side of themselves, it can sometimes be instructive—and even save a marriage.

But, sometimes the marriage can’t be saved. The betrayal is too serious, the scars too deep. If you are in the aftermath of an affair, consider seeking a good counselor. However, if divorce is in your future, you may also want to take some important steps to protect yourself and your family. It can be difficult to impossible to navigate the emotional and legal challenges of divorce on your own. Consider speaking to the divorce lawyer at the Elliot Green Law Offices in Brooklyn, New York. Our firm can help you ask the tough legal, financial, and personal questions you’ll need to consider as you move forward with your divorce.

Where infidelity is involved, anger is also likely to be a major factor. According to the Huffington Post, it is important to take some time to get space and perspective before you make major decisions that will impact you and your family for years to come. This is specifically true when it comes to child custody, where the decisions you make for your children and family can be difficult to change or undo once they are finalized. Because child custody matters are so crucial and often excruciating, it is important to understand your legal rights and responsibilities. Visit the Elliot Green Law Offices in Brooklyn, New York to understand your child custody options.

If your marriage has suffered an affair, things might seem impossible right now. However, studies have shown that some marriages can be saved. Don’t try to navigate the emotional and legal storm alone.

Given the ongoing COVID-19 emergency, New York City has seen court closures, the increased reliance on remote court services, court delays, and rescheduling. If you are planning to file for divorce in Brooklyn, New York, you … END_OF_DOCUMENT_TOKEN_TO_BE_REPLACED

The Elliot Green Law Offices is a Brooklyn, New York law firm that may be able to help you with your Turkish divorce. Are you living in Brooklyn, but were originally married in Turkey and have questions about how you might … END_OF_DOCUMENT_TOKEN_TO_BE_REPLACED

The World Health Organization has declared the coronavirus a pandemic. As cases surge in the New York region and in New York City, officials are just beginning to take tough steps to attempt to contain the virus. As some … END_OF_DOCUMENT_TOKEN_TO_BE_REPLACED