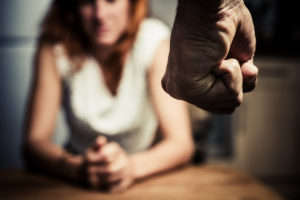 Reports indicate that many instances of mass shootings can be linked to an act of domestic violence. Either the person’s partner is a target and others are shot in the process, or the shooter uses killings to intimidate his partner.

There are other significant loopholes that make it possible for domestic abusers to own guns. For example, the Lautenberg Amendment is known as the “boyfriend loophole.” While the law prohibits former husbands, fathers, or men who lived with women they abused from owning a gun, the law doesn’t apply to boyfriends who did not cohabitate with a girlfriend.

Men who are found guilty of domestic violence can also still purchase guns at gun shows. And, if the man already owns guns, the law isn’t permitted to take those guns away.

It isn’t clear why some men go on to commit these unspeakable acts of violence, but some experts have noted that access to deadly weapons, like guns, make these men more likely to commit these acts.

Domestic violence is a serious indicator that a spouse and children may be at risk. Often, domestic violence begins as a smaller act and escalates over time. If you are in a situation where domestic violence is taking place, it is important to have a plan in place and to seek your own safety, as well as your children’s safety. The Elliot Green Law Offices are Brooklyn, New York domestic violence lawyers who may be able to help you seek a restraining order or assist you if you are planning to get divorced from a person who has been violent in the past.

Leaving a relationship where violence has taken place is often the time when individuals are most at risk and most in danger. A breakup can be a trigger for violent acts. If you are considering getting divorced or leaving a person who has committed acts of domestic violence, it is important to seek help. There are a range of community resources available to those seeking to escape the cycle of violence. You can call 311 and ask for the domestic violence hotline or call 1-800-621-HOPE directly in New York.

You can also visit the Elliot Green Law Offices website to learn more about your options for restraining orders in Brooklyn, New York.

If you are from Poland and are thinking of filing for divorce in Brooklyn, New York, the Elliot Green Law Offices is a divorce law firm serving those who may need assistance with their Polish divorce. Why might a Polish … END_OF_DOCUMENT_TOKEN_TO_BE_REPLACED

The World Health Organization has declared the coronavirus a pandemic. As cases surge in the New York region and in New York City, officials are just beginning to take tough steps to attempt to contain the virus. As some … END_OF_DOCUMENT_TOKEN_TO_BE_REPLACED