Domestic violence is more common than many people realize. The World Health Organization reports that 35 percent of women worldwide experience some form of abuse at the hands of their intimate partners. 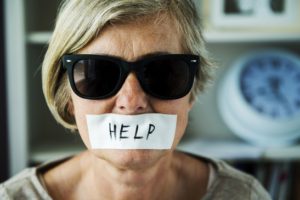 According to statistics collected from the Centers for Disease Control and Prevention, nearly 20 people are physically harmed by an intimate partner in the United States every minute. That amounts to more than 10 million people per year.

If you were a victim of domestic violence and you intend to divorce your spouse, contact the Elliot Green Law Offices. Mr. Green is an integrated domestic violence lawyer in Staten Island who will answer your questions and represent your interests.

Call 718-260-8668 to schedule a free consultation. You can also visit USAttorneys.com to learn more about divorce laws in New York.

Domestic violence is tragic for everyone involved. The victim endures physical pain and the psychological torment of being in an abusive relationship. Children who witness the abuse may feel distressed.

In fact, any kind of willful controlling behavior could be classified as domestic violence. New York courts will generally treat any systematic form of coercion or power – from physical to psychological manipulation – as a form of violence, when it is perpetrated against an intimate partner.

There are seven legally recognized grounds for divorce in New York:

Domestic violence falls under the “cruel and inhuman treatment” grounds for divorce. When deciding whether you are eligible for a divorce on these grounds, the judge will ask for evidence of abuse that is not more than five years old, and will request evidence that you are in danger.

If you have questions about domestic violence laws or divorce in New York, turn to the Elliot Green Law Offices. As your divorce attorney in Staten Island, Mr. Green will be your on-call legal representation.

Elliot Green is an experienced integrated domestic violence lawyer who will explain your rights and represent your interests. Call 718-260-8668 today to schedule a free consultation.

Given the ongoing COVID-19 emergency, New York City has seen court closures, the increased reliance on remote court services, court delays, and rescheduling. If you are planning to file for divorce in Brooklyn, New York, you … END_OF_DOCUMENT_TOKEN_TO_BE_REPLACED

The Elliot Green Law Offices is a Brooklyn, New York law firm that may be able to help you with your Turkish divorce. Are you living in Brooklyn, but were originally married in Turkey and have questions about how you might … END_OF_DOCUMENT_TOKEN_TO_BE_REPLACED

The World Health Organization has declared the coronavirus a pandemic. As cases surge in the New York region and in New York City, officials are just beginning to take tough steps to attempt to contain the virus. As some … END_OF_DOCUMENT_TOKEN_TO_BE_REPLACED