BROOKLYN, New York. Bitcoin has been in the news lately thanks to its recent increase in value. The New York Times has written about how Bitcoins are now worth more than $10,000, with the latest estimate putting a single Bitcoin valued at $15,000. For those who purchased Bitcoins for only hundreds of dollars in the early days of the currency, this reflects a major return on investment. For more information on current and future trends in bitcoin price, you could visit beincrypto.com. What is Bitcoin? And why might this matter if you are planning on getting divorced? 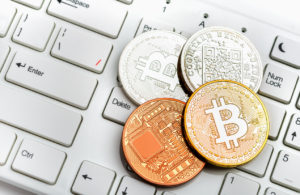 According to CNN, Bitcoin is a relatively new type of currency that exists entirely online. When users purchase Bitcoins from online exchanges, their currency is recorded in an online wallet. Banks are not involved in the process and Bitcoin is currently not FDIC insured. One of the important factors with Bitcoin is that ownership is entirely anonymous. This means that individuals can make entirely anonymous transactions and it also means that it is impossible to know an individual’s net worth in Bitcoin unless the individual lets you know. If you are new to Bitcoin, or are still trying to learn about it, then it might be a good idea for you to check out something like bitcoin news to help you know what it is actually about.

What does all of this have to do with divorce? According to the DailyBeast, some male fans of Bitcoin have said that one of the benefits of the currency is that it allows them to hide their wealth from their spouses. DailyBeast reported on how online anti-women movements have promoted an underground discussion surrounding how men can hide their assets from women through Bitcoin.

Only recently have divorce lawyers become aware that this is something that has been done. With the value of Bitcoin skyrocketing, however, divorcing couples need to consider how anonymous currencies could impact a divorce. During a divorce, individuals are required to disclose their assets to their partner. This includes Bitcoin assets. However, if the currency is indeed anonymous, the courts are essentially relying on the goodwill of both parties in coming clean about their income and assets in cryptocurrency.

According to the DailyBeast, more divorce attorneys are expecting to see more Bitcoin-related divorce cases. After all, with Bitcoin rising in value, more people are doing their research and are considering investing.

How common do spouses hide assets from one another? According to one University of North Carolina study, it is much more common than you may think. As many as one-third of people have hidden some assets from their spouse. Some cryptocurrency websites even have posted articles about the risks of hiding Bitcoin assets from a spouse.

So, what can you do to protect yourself? First, when buying Bitcoin, you may want to keep clear records of the amount you and your partner have purchased. While Bitcoin is an anonymous currency, families who invest in Bitcoin should be able to clearly record their assets in Bitcoin. Secondly, if you are facing a difficult divorce where you believe your partner may be hiding assets from you, it may be wise to speak to a qualified divorce lawyer like the Elliot Green Law Offices in Brooklyn, New York. As technology changes, so must some of the questions asked during divorce. Visit our firm at https://www.elliotgreenlaw.com/ to learn more about your rights and options.

Given the ongoing COVID-19 emergency, New York City has seen court closures, the increased reliance on remote court services, court delays, and rescheduling. If you are planning to file for divorce in Brooklyn, New York, you … END_OF_DOCUMENT_TOKEN_TO_BE_REPLACED

The Elliot Green Law Offices is a Brooklyn, New York law firm that may be able to help you with your Turkish divorce. Are you living in Brooklyn, but were originally married in Turkey and have questions about how you might … END_OF_DOCUMENT_TOKEN_TO_BE_REPLACED

The World Health Organization has declared the coronavirus a pandemic. As cases surge in the New York region and in New York City, officials are just beginning to take tough steps to attempt to contain the virus. As some … END_OF_DOCUMENT_TOKEN_TO_BE_REPLACED