In the United States, thousands of couples divorce each year, making child custody disputes incredibly common. Unfortunately, child custody battles can be destructive and traumatic, and they often end with at least one spouse desperately unhappy with the decision. 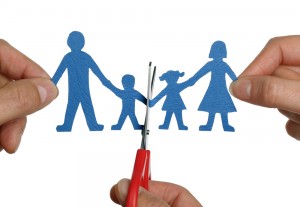 Generally, parents come to an amicable solution regarding custody. Sometimes, though, the stress and the pressure of the court’s decision becomes too much for one of the parents to bear.

If you are currently going through a divorce and you need child custody assistance, it is important to know that you are not alone. An experienced Queens child custody lawyer will be able to clarify complex issues and ensure that you have the best chance of winning custody of your children. At the Law Office of Elliot Green, we are committed to working with our clients to find a solution that is in both you and your children’s best interests. Call us today at 718-260-8668 to set up an appointment with our expert family lawyer.

The Washington Post reports that a man claims his child custody loss was motivation for a string of serious crimes. The man faces charges related to the fatal shootings of three well-known locals: crimes he says resulted from the loss of a child custody battle.

Police say they found letters expressing anger that the courts removed his children and indicating the man felt justified in the killings as a result. Authorities claim he was aiming to use murder to influence some kind of political or social change.

The couple made a conscious decision to deliver the babies at home without assistance, a decision influenced by their Christian beliefs. Also, the couple does not have an official marriage license.

They avoided all scans and did not have any idea that the woman was carrying twins until they delivered them in the house. Someone reported the birth to authorities, and emergency workers encouraged the family to take the babies to the hospital for an examination. Child protection services showed up when the couple refused.

The couple is now petitioning officials for the return of their children. However CPS believes they are not receiving adequate care in their current household.

Whether you are battling your spouse or CPS, child custody battles can be incredibly stressful and overwhelming. If you are going through a child custody dispute of your own, contact an experienced Staten Island family attorney from The Law Office of Elliot Green for assistance. Call us at 718-260-8668 to schedule a consultation.

Given the ongoing COVID-19 emergency, New York City has seen court closures, the increased reliance on remote court services, court delays, and rescheduling. If you are planning to file for divorce in Brooklyn, New York, you … END_OF_DOCUMENT_TOKEN_TO_BE_REPLACED

The Elliot Green Law Offices is a Brooklyn, New York law firm that may be able to help you with your Turkish divorce. Are you living in Brooklyn, but were originally married in Turkey and have questions about how you might … END_OF_DOCUMENT_TOKEN_TO_BE_REPLACED

The World Health Organization has declared the coronavirus a pandemic. As cases surge in the New York region and in New York City, officials are just beginning to take tough steps to attempt to contain the virus. As some … END_OF_DOCUMENT_TOKEN_TO_BE_REPLACED