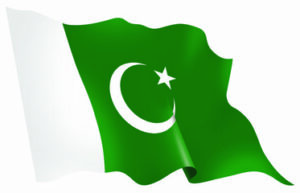 If you are Pakistani and are considering getting divorced, or if your spouse has divorced you in Pakistan, but you live in the U.S. and you are wondering whether your divorce will be recognized in New York, you may want to speak to a divorce lawyer in Brooklyn, like the Elliot Green Law Offices. Foreign divorce can raise many complex issues. You might be wondering whether your foreign divorce might be recognized by U.S. courts, and whether you’ll need to submit documentation to record your divorce in the U.S.

If you are Pakistani and are living in New York and plan to get divorced in Brooklyn, it can be helpful to have a divorce lawyer on your side who is sensitive to the unique cultural challenges that can arise when a Muslim and Pakistani couple chooses to get divorced. While individuals of all backgrounds and cultures must navigate the same divorce process in New York, the kinds of questions that can arise regarding child rearing, parenting time, splitting assets, and making religious decisions for the children to preserve cultural traditions can be quite unique in a Pakistani divorce. If you are woman considering initiating a divorce, you might also be facing pressure from family and even your husband to remain in the marriage in accordance with cultural tradition. The Elliot Green Law Offices are divorce attorneys who serve the Pakistani community. Our Pakistani divorce lawyers in Brooklyn, New York can help you navigate the divorce process so that you and your family can move forward with dignity.

Divorced in Pakistan? Will the Divorce be Recognized in Brooklyn?

Divorce law in Pakistan differs dramatically from divorce law in the United States. If you have been divorced in Pakistan, or if your spouse went to Pakistan to divorce you in the country, you may be wondering whether the divorce will be recognized in the U.S. According to the U.S. Department of State, while there is no official law that requires that the federal government recognize foreign divorces, generally, the states will recognize a foreign divorce if both parties had the opportunity to receive notice about the divorce in the foreign country, where both parties had the chance to make their case before the divorce was finalized.

However, sometimes a spouse might go to Pakistan to initiate a divorce because the law in Pakistan might be perceived as more favorable. A husband in particular, may go to Pakistan to initiate divorce proceedings because he may believe that he’ll get a better outcome for his divorce in the country, where the law tends to favor men in divorce court. Pakistani law can generally favor the man in these types of proceedings. For example, in Pakistan, a man can divorce his wife by saying “talaq” three times. Under Pakistani law, the husband can then submit a copy of the divorce decree to his wife. While the husband may be required to undergo some formalities, women can sometimes face difficulties when navigating the Pakistani divorce court system. Furthermore, Pakistani law recognizes divorce as long as the individuals are Pakistani citizens or residents, even if they live in another country. This means, that if you are still a Pakistani citizen and live in the U.S., it is possible for a Pakistani husband to seek divorce in Pakistan and then try to affirm the validity of the divorce in the U.S., according to the Washington Post. Whether the divorce will be recognized by the courts depends on whether the husband provided notice to the wife and used formal proceedings in the country. There have been cases where husbands went to the Pakistani embassy, declared “talaq,” and had the divorce recognized under Pakistani law, but not under U.S. law, because U.S. courts found that the woman wasn’t granted the opportunity to contest the divorce. Additionally, the U.S. Department of State notes that the residence and domicile of the person initiating the divorce also matters. If the courts find that neither party was residing in Pakistan when the divorce was initiated or was attempted to be finalized, it’s possible that U.S. courts won’t recognize the divorce. However, these cases are clearly highly complex. 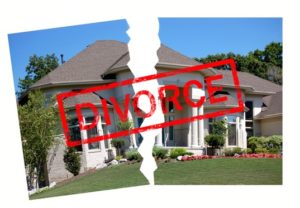 In Pakistan, women also may not have the right to divorce their husbands under the law, except under certain circumstances. However, in Brooklyn, either partner can initiate a divorce. If you and your partner are living in Brooklyn and plan to get divorced, you may want to speak to a divorce lawyer who is sensitive to the cultural issues facing Pakistani divorces. The Elliot Green Law Offices are Pakistani family law attorneys in Brooklyn, New York who may be able to assist you with understanding whether a divorce initiated in Pakistan will be recognized by the courts, and in determining the next steps if you plan to get divorced. If you are planning to get divorced, are Pakistani, and are living in Brooklyn, you may need to file for divorce in Brooklyn, the jurisdiction where you reside in order for the divorce to be official. The Elliot Green Law Offices are Pakistan family law attorneys who can assist you with navigating the divorce process in Brooklyn.

Pakistani and Muslim culture can vary dramatically from U.S. culture in its attitudes towards divorce, particularly when a woman wants to initiate divorce proceedings. If you are a woman who wants to file for divorce, you might be facing immense pushback from your family and loved ones. When women initiate divorce, men and the family may push for reconciliation. When men file for divorce, women who stay home to care for the children, may need to take steps to protect their economic security. The Elliot Green Law Offices are Pakistan family law attorneys in Brooklyn, New York who are sensitive to the cultural considerations that must be taken during a Pakistani divorce and can help you and your family take steps to preserve your culture and protect your children, while also preserving your rights.

Given the ongoing COVID-19 emergency, New York City has seen court closures, the increased reliance on remote court services, court delays, and rescheduling. If you are planning to file for divorce in Brooklyn, New York, you … END_OF_DOCUMENT_TOKEN_TO_BE_REPLACED

The Elliot Green Law Offices is a Brooklyn, New York law firm that may be able to help you with your Turkish divorce. Are you living in Brooklyn, but were originally married in Turkey and have questions about how you might … END_OF_DOCUMENT_TOKEN_TO_BE_REPLACED

The World Health Organization has declared the coronavirus a pandemic. As cases surge in the New York region and in New York City, officials are just beginning to take tough steps to attempt to contain the virus. As some … END_OF_DOCUMENT_TOKEN_TO_BE_REPLACED