BROOKLYN, New York. During a child custody battle, the courts will generally rule in favor of the best interests of the child. In most instances, the courts will promote a child custody arrangement that will allow the child to have a relationship with both parents. However, if one parent suffers from alcoholism or drug addiction, this can have an impact on child custody decisions. If a child’s safety is in question, the courts may rule to restrict the kind of contact a parent can have with his or her child. The World Health Organization notes that alcohol use can increase the risk of intimate partner violence, domestic violence, and abuse. Because of this reason, courts take allegations of drug use, violence, or alcohol abuse very seriously when making child custody determinations. 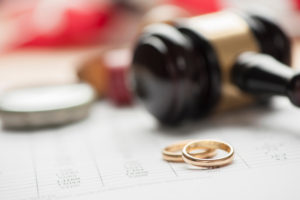 If you are concerned that your ex may endanger your child due to his or her drug or alcohol use or due to his or her addictions, you may have the right to seek sole custody. However, the burden for proving that a partner’s alcohol use is dangerous can be high. The courts generally do not favor taking away a person’s parenting rights without strong proof. According to Livestrong, some evidence used in successful custody battles includes DUI convictions, arrests for public drunkenness, or psychiatric evaluations that reveal a drug addiction problem. Parents who are facing child custody battles where they are concerned about losing their parenting rights can also present proof that they are fighting their addictions. Membership in AA programs, time spent in a rehabilitation center, and medical treatment can be used to show that a parent is working to combat an addiction problem. According to the Huffington Post, if you are being accused of having a drug addiction or alcohol problem and your ex has evidence, it may be in your best interests to seek appropriate treatment or enroll in a rehabilitation program.

In many cases, courts favor awarding joint custody. Even in cases where sole custody is awarded, both parents may still have the right to make decisions for the child and the non-custodial parent will have the right to visitation. In some cases, the courts may award sole custody to one parent, but still allow for supervised visitation with a parent who is struggling with a drug or alcohol problem.

Every case is unique, but if you are concerned for your safety or for the safety of your children it is important to take appropriate action. The Elliot Green Law Offices are child custody lawyers in Brooklyn, New York who work closely with families who are facing tough child custody decisions. The decisions you make regarding child custody during your divorce can impact your family for years to come. It can be very difficult to change a parenting plan once it has been finalized by a judge. This is why it is important to get it right the first time. If you are going through a divorce or are facing a tough child custody battle, visit https://www.elliotgreenlaw.com today to learn more, protect your children, and protect your rights.

Given the ongoing COVID-19 emergency, New York City has seen court closures, the increased reliance on remote court services, court delays, and rescheduling. If you are planning to file for divorce in Brooklyn, New York, you … END_OF_DOCUMENT_TOKEN_TO_BE_REPLACED

The Elliot Green Law Offices is a Brooklyn, New York law firm that may be able to help you with your Turkish divorce. Are you living in Brooklyn, but were originally married in Turkey and have questions about how you might … END_OF_DOCUMENT_TOKEN_TO_BE_REPLACED

The World Health Organization has declared the coronavirus a pandemic. As cases surge in the New York region and in New York City, officials are just beginning to take tough steps to attempt to contain the virus. As some … END_OF_DOCUMENT_TOKEN_TO_BE_REPLACED