BROOKLYN, New York. According to the Atlantic, in 2010, just 20 percent of people between the ages of 18-29 year olds were married. Why? Marriage is changing. Younger married couples don’t ascribe to the same gender roles older married couples may have followed. The Atlantic claims that college educated women and men are transforming marriage into a more egalitarian and feminist ideal, designed to raise children for the knowledge economy. The marriages are focused on investing on their children. And now, more than ever, marriage is more common among the wealthy and educated. There is a gap in who gets—and stays—married. 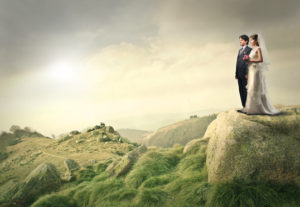 The writers of the Atlantic, further identified three kinds of marriage: traditional, romantic, and parental. In traditional marriages, men work, and women stay home to care for the children. Romantic marriages, on the other hand, may not involve children, and place primacy on the adult relationship. Finally, with parental marriages, adults view the bond liberally, while raising their children conservatively. These couples tend to delay childrearing until the parents are financially stable.

In fact, these couples may be more likely to believe that divorce should be more difficult to attain. Given the disparities between these three marriage types, divorce among them will likely be similarly different. For example, in a traditional marriage, women may need to seek more alimony and support. If the woman stayed home to raise children, while the man was the family’s primary breadwinner, the woman may need training to enter the workforce and support herself, or the courts may simply decide that ongoing maintenance through alimony is the best option. For traditional marriages, divorce is likely to be the most disruptive for the woman because it may require her to reconsider her role in the community and take on the role of a single mother. Divorce in a romantic marriage can be difficult for the adults, but romantic marriages may not involve children, so in this case, divorce may be logistically easier. In romantic marriages, both parties are working and therefore can support themselves. In fact, in many cases with romantic marriages, divorcing couples may not even share a bank account.

Parental marriages tend to be the least likely to end in divorce. However, in these marriages, the women are highly independent and even likely to be the primary breadwinners. If the parents do get divorced, these women often have the resources to raise children on their own. However, these divorces can be quite complicated because both parents will likely want to co-parent and families may be more likely to seek custody arrangements that give both parents an active role in child rearing.

Marriage is changing. So is divorce. The Elliot Green Law Offices in Brooklyn, New York are divorce lawyers who work with diverse families and couples to help them find the best possible divorce settlement for their situation. More families are seeking to resolve their concerns before filing for divorce. A divorce lawyer can help you make decisions about child support, custody, visitation, and division of assets and debts, so a judge doesn’t have to decide. The New York Courts offer uncontested divorce papers. However, even if your divorce is uncontested, it is important to seek proper legal advice before you make any final decisions. Visit our Brooklyn, New York divorce firm at https://www.elliotgreenlaw.com/ to learn more.

Given the ongoing COVID-19 emergency, New York City has seen court closures, the increased reliance on remote court services, court delays, and rescheduling. If you are planning to file for divorce in Brooklyn, New York, you … END_OF_DOCUMENT_TOKEN_TO_BE_REPLACED

The Elliot Green Law Offices is a Brooklyn, New York law firm that may be able to help you with your Turkish divorce. Are you living in Brooklyn, but were originally married in Turkey and have questions about how you might … END_OF_DOCUMENT_TOKEN_TO_BE_REPLACED

The World Health Organization has declared the coronavirus a pandemic. As cases surge in the New York region and in New York City, officials are just beginning to take tough steps to attempt to contain the virus. As some … END_OF_DOCUMENT_TOKEN_TO_BE_REPLACED