Getting a divorce is an emotional process, fraught with tension, anxiety and a multitude of complex legal regulations. And if you think all of this is tough on the spouses looking to separate, spare a thought for the children. 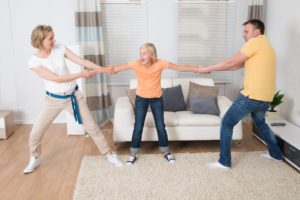 In 2013, an estimated 21 million children were living with a single parent while the other lived elsewhere, according to statistics from the U.S. Census Bureau. A divorce in New York is technically known as a dissolution of marriage, and in 2013, there were just over 58,000 of them, according records from the state’s Department of Health.

New York courts will typically award divorced parents two kinds of child custody: legal and physical. Legal custody gives a parent the right to make key decisions on the child’s behalf, while the parent who is granted physical custody will live with his or her child on a daily basis and is referred to as the primary caretaker.

If you are going through a divorce in New York, contact a Staten Island child custody attorney from the Elliot Green Law Offices. Mr. Green is a family lawyer who can help you avoid mistakes that could compromise your personal or financial interests.

Call 718-260-8668 to schedule a free consultation. You can also visit http://divorce.usattorneys.com/new-york/ to learn more about divorce laws in New York.

Here is a brief overview of the factors that influence child custody rulings in New York:

When applying for custody of your child or children, it is important to remember that while the court will always put a minor’s needs first, there is no single or standard definition of what constitutes his or her “best interests.” Instead, the judge will take several parenting requirements into consideration, and you will have to prove that you are best suited to meet them.

According to the New York Unified Courts System, these are the most important questions that will decide who is granted custody of your child after your marriage has been dissolved:

If you are facing divorce, contact a Staten Island family lawyer from the Elliot Green Law Offices. As your child custody attorney, Mr. Green will handle the legal aspects of your divorce so you can focus on your family. Call 718-260-8668 today to schedule a free initial consultation.

Given the ongoing COVID-19 emergency, New York City has seen court closures, the increased reliance on remote court services, court delays, and rescheduling. If you are planning to file for divorce in Brooklyn, New York, you … END_OF_DOCUMENT_TOKEN_TO_BE_REPLACED

The Elliot Green Law Offices is a Brooklyn, New York law firm that may be able to help you with your Turkish divorce. Are you living in Brooklyn, but were originally married in Turkey and have questions about how you might … END_OF_DOCUMENT_TOKEN_TO_BE_REPLACED

The World Health Organization has declared the coronavirus a pandemic. As cases surge in the New York region and in New York City, officials are just beginning to take tough steps to attempt to contain the virus. As some … END_OF_DOCUMENT_TOKEN_TO_BE_REPLACED