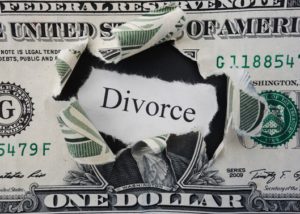 What is the difference between an annulment and a divorce? An annulment treats the marriage as if it never happened, whereas with a divorce, the marriage will be listed “on the books.” People seek annulments for many reasons. However, individuals must be able to provide specific reasons to establish that an annulment is appropriate. What are some legal reasons for annulment? According to the New York City Bar Association, there are five grounds for annulment in New York:

Why would one want to seek an annulment? For one, the courts and the law then treat your marriage as if it never happened. So, if you got married on a whim and ran to the courthouse, only to later regret this choice, annulment may be a good option. According to Life Hacker, one individual noted that her partner changed his mind about wanting to have kids after the marriage was finalized. This was sufficient grounds to seek an annulment. In another case, a woman learned that the person she married was violent. For her, it was important to not have to check the “divorce” box on paperwork going forward because she would not have gotten married had she known this about the man she married.

Some people seek an annulment for religious reasons. Others don’t want the stigma of divorce. While divorce is far more common now than it was years ago, if your marriage is new, if you didn’t know your partner before you got married, or if new information has come to light that would have changed your view about the marriage, annulment may be a better option.

Annulment has the added benefit of not requiring you to split marital assets 50/50, though if you have been married for some time and then seek an annulment, you’ll have to provide more documentation to the court to support your annulment claim.

The legal process of getting separated or divorced after a marriage has been finalized can be complex. If you are considering divorce or annulment in Brooklyn, New York, contact the Elliot Green Law Offices today. Our family law attorneys can review your unique case and work with you to help you find the best resolution possible under the law. Visit our firm at https://www.elliotgreenlaw.com/ to learn more.

Given the ongoing COVID-19 emergency, New York City has seen court closures, the increased reliance on remote court services, court delays, and rescheduling. If you are planning to file for divorce in Brooklyn, New York, you … END_OF_DOCUMENT_TOKEN_TO_BE_REPLACED

The Elliot Green Law Offices is a Brooklyn, New York law firm that may be able to help you with your Turkish divorce. Are you living in Brooklyn, but were originally married in Turkey and have questions about how you might … END_OF_DOCUMENT_TOKEN_TO_BE_REPLACED

The World Health Organization has declared the coronavirus a pandemic. As cases surge in the New York region and in New York City, officials are just beginning to take tough steps to attempt to contain the virus. As some … END_OF_DOCUMENT_TOKEN_TO_BE_REPLACED